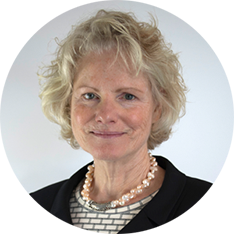 Marilyn Alexander is a sought-after consultant to senior executives on brand strategy and development, business planning, communications, process, and organizational issues. She serves on the board of DCT Industrial Trust, an industrial real-estate investment trust headquartered in Denver, CO, where she chairs the Audit Committee and is a member of the Nominating/Governance Committee. She also serves on the boards and Audit Committees of Tutor Perini Corporation, a major U. S. construction company, and Torchmark Corporation, an insurance holding company headquartered in Texas.

Prior to that work, Alexander served as a managing consultant for Towers Perrin. She later became vice president of financial planning and analysis at Marriott Corporation where she directed the major financial processes for the company. Alexander then went on to serve in the Walt Disney Company as vice president of finance at Walt Disney World and vice president of destination marketing and brand management at the Walt Disney Resort in Florida. She was instrumental in developing and implementing brand management, hotel build-out, yield management, theme park pricing, and operating strategies that generated outstanding growth in revenue and income. She finished her tenure at the company as SVP and CFO of the Disneyland Resort in California, with revenue of $1.4 billion.