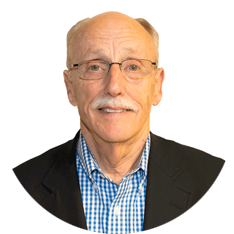 Paul is currently serving as President of the Executive Committee of the AAP School Division and is also on the Central Regional Board for Jumpstart, a non-profit Pre-K organization.
Paul grew up in Pensacola, Florida. He completed his BA degree at Troy State University in Alabama, and taught fifth and sixth grades in the Escambia County School System. He received his master's degree in elementary education in 1968 at the University of Georgia. In 1970, he became a sales representative for Harper Row Publishing in North Carolina. At Macmillan/McGraw-Hill, he was named regional vice president of the Southeast. In 1994, he became senior vice president, national sales manager for Macmillan/McGraw-Hill in New York.

He has been married to the former Susan M. Boone of Pensacola, Florida for 40 years and has two children, Seanna Marie and Sean. Paul now has five grandchildren: Jackson, Sara-Jewel, Anna-Catherine, Austin Allen and Ella Kate.