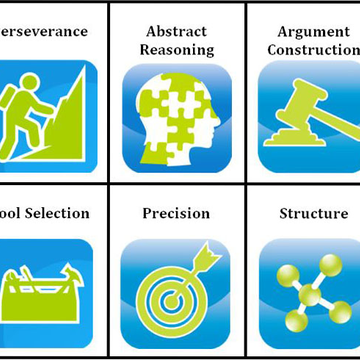 Can students think, negotiate, and strategize as mathematicians do? The answer is absolutely yes, and there’s a clear path to get them there.

The Common Core State Standards for Mathematics outline grade-level content standards (conceptual categories for high school) that define what students should know and be able to do in the discipline of mathematics. These content standards are paralleled by the Standards for Mathematical Practice (K-12) that define the characteristics and dispositions of mathematicians. The learning experiences created in the Common Core classroom must concurrently enable students to understand the content and to see themselves as mathematicians.

The role of a mathematician is not just to derive answers but also to strategically negotiate tasks and then use the answer to validate that process. The CCSS Math Practices (http://www.corestandards.org/Math/Practice) outline these tools of negotiation. Mathematicians know when and why to use these tools based on a given context. This is a skill that can be taught through purposeful prompting.

Prompts serve as scaffolds or cues that signal an action based on a situation. For example, stop signs tell us how to act when approaching street intersections. The referee’s whistle signals a beginning or end to play. This concept of prompting can be used in the math classroom to illicit mathematical behavior. Teachers can assign symbols or illustrations to each mathematical practice. An image web search for standards of mathematical practices yields many graphic options such as those that follow.

The visual posting of prompts, and the pending discussion of how and why they were used, make the tacit curriculum explicit. In turn, students begin to select the mathematical practices in a self-regulatory manner while solving problems. The prompts eventually disappear as students understand their role as mathematicians—negotiators of content.

Next topic:  The Inextricable Link: Math Content and Math Practices 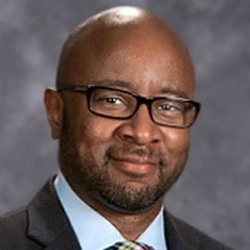 Dr. Jared DuPree is a high school magnet principal in the Los Angeles Unified School District. He is a former LAUSD regional Mathematics Coordinator. He holds a Doctorate in Education from the University of Southern California. He also holds a Bachelors of Science in Mathematics and a Masters of Arts in Educational Administration. As a current secondary math educator, he strives to present the objective nature of mathematics in a subjective manner providing access for students at all levels.