“Etiquette Guru to the Youth of America,” Alex J. Packer, Ph.D., is an educator, psychologist, and award-winning author of numerous books for parents and teenagers including How Rude! The Teen Guide to Good Manners, Proper Behavior, and Not Grossing People Out. Alex’s books have been translated into many languages including Spanish, German, Korean, Japanese, Thai, Mandarin, Greek, Romanian, and Serbian. Alex is sought after by the media for his provocative commentary on manners, child-rearing, and substance abuse prevention, and has been the subject of numerous radio, television, and print interviews. Alex has led workshops and lectured widely across the United States and around the world. Talks have taken him to locations as far-flung as Caracas, Bangkok, Buenos Aires, Paris, Hamburg, Shanghai, Bogota, Beijing, Tokyo, and Mexico City. Numerous associations have invited Alex to speak and lead workshops at their conferences, including the European Council of International Schools (ECIS), National Association of Independent Schools (NAIS), Association of Boarding Schools (TABS), Association for the Advancement of International Education (AAIE) and the Association for Supervision and Curriculum Development (ASCD). For 14 years, Alex was President and CEO of FCD Educational Services. Founded in 1976 and recently acquired by Hazelden, FCD is the leading nonprofit provider of onsite K-12 substance abuse prevention services for schools throughout the United States and in over 65 countries abroad. For eight years, Alex was headmaster of an innovative alternative school in Washington, DC for children ages 11-15. He also served as Director of Education for the Capital Children’s Museum. His feature-length screenplay, "Digby and Fly," won Grand Prize in the Massachusetts Film Office Screenwriting Competition. His proposal for an interactive family television series was optioned by Popular Arts Entertainment in Los Angeles. Alex graduated from Phillips Exeter Academy and holds undergraduate and Master’s degrees from Harvard University and the Harvard Graduate School of Education, and a Ph.D. in Educational and Developmental Psychology from Boston College. 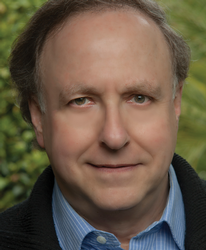 Books by this Author

The Teen Guide to Good Manners, Proper Behavior, and Not Grossing ...

Hilarious etiquette and manners guide teaches teens how to use manners to gain respect, feel good about themselves, and enjoy life to the fullest.

Tips and tools for protecting your body, brain, psyche, and thumbs...

Empower teens to take charge of their digital lives.

We are pleased to announce that we are launching a new and improved website experience for you!

Here are some of the benefits: