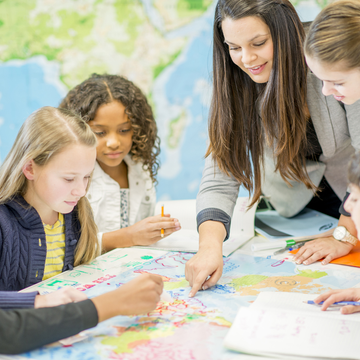 Using primary sources is an effective way to captivate students and get them actively involved in their learning. As a third-grade teacher, I would use documents, maps, and artifacts on a regular basis. One of my first activities each school year involved primary sources. It all began with an “ancient artifact” from 1978. I would let students know we were going to learn more about one another by sharing special artifacts from our lives. 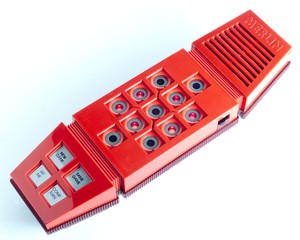 I always offered to go first, and I would reach into my bag and pull out Merlin, the Electronic Wizard®. The reveal always elicited excitement from the wide-eyed eight-year-olds who wondered what this machine was. Having removed one of the batteries beforehand, I let them hold the game and pass it around. As they turned it around in their hands and gazed upon the glory of one of the first handheld video games, I would encourage students to ask questions and make observations. I’d record those inquiries and remarks on the board. Students would take turns guessing what this odd and clunky machine could possibly be. Eventually, I would add in the missing battery and flip the switch to activate the primitive gaming device.

This show-and-tell activity allowed students to hold a piece of history in their hands. It also let them make deeper connections between a primary source and the person about whom they were learning. To extend learning, I would demonstrate how they could use their observations to conduct online research. We would watch commercials for the Parker Brothers toy on YouTube™ and find the digital user manual (the print version having been lost long ago). Students learned the history of the game and how it changed the way consumers viewed the possibilities of computers for children. I would tell them the story of receiving it as a gift when I was close to their age.

From this one activity, students learned how to make inquiries based on observations, discovered the history of handheld video games, and understood that their teacher was also a third-grade student at one point in his life. The significance of using primary sources in the classroom was never lost on my students. I made sure of it, as this same type of activity was repeated time and again during the first weeks of school.

Together, we learned—we learned that José loved the catcher’s mitt his dad gave him. We also discovered that one of the first baseball gloves was a buckskin mitten worn by Cincinnati Red Stockings catcher Doug Allison, after a hand injury in 1870. We learned that Teresa was proud of her SpongeBob SquarePants® backpack. This led to a quick history lesson about animation and the lasting impact of the Looney Tunes® franchise. Jeremy brought in his Pokémon cards, which led to research about the history of playing cards. When one of my quietest students, Shonda, brought in her favorite book, my eyes lit up. I let her know that Where the Sidewalk Ends was and still is one of my favorite books too. And the next day, I brought in my vinyl copy of the Shel Silverstein classic to play on my portable record player. Students gathered around on the floor to listen to Silverstein’s gruff voice come through the tiny speakers. They marveled at the weird black disc spinning under a needle. None of them had ever heard the poet’s voice before. And most had never seen a long-playing record.

The lessons learned from this activity were applied throughout the school year. My students held a reproduction of the Bill of Rights in their hands when it was time to learn about the three branches of government. Immediately, a personal connection was made between the rights granted to U.S. citizens and the rights granted to students in Mr. Greene’s class (our classroom rules were posted as the 3rd Grade Bill of Rights). Once the personal connection was made, we conducted guided research. This led us to the Library of Congress website, where we were able to view handwritten notes from the Constitutional Convention taken by James Madison. By the end of the lesson, students understood that the U.S. Constitution established a form of government with checks and balances. They were able to explain that each branch having the ability to “check” the other branches maintains the balance of governmental power between the executive, judicial, and legislative branches. None of my young students explained it quite in those terms, but they were able to describe it in their own words.

These activities made it so that my students were able to explain their learning in ways that made sense to them, and they always led back to the lessons learned as we shared primary sources from our own lives. Because primary sources are pieces of history, they allow students to get as close as possible to what is being studied. Knowing that primary sources, such as historical documents, maps, and political cartoons, can be a bit abstract for young students at first, I always began the year with personal primary sources activities. Encouraging students to make personal connections to what we study creates an almost palpable atmosphere of excitement. Students yearn to be a part of the action. They love seeing aspects of themselves and their experiences within lessons.

This feeling is easily accomplished with primary sources, especially if you can connect student experiences to those of historic figures. For example, another favorite activity was mapping the school auditorium with students. Traveling between the seats and around the stage with their graph paper on clipboards, students did their best to create 2-D maps of the large room. I would participate in the activity with them, doing my best to sketch symbols for various items to be included in my map. The next day, students displayed and compared their maps. The young cartographers noted similarities and differences between their maps. Then I would display my map, and the students all noticed a section of my map that none of them had. Cries of indignation would fill the classroom, as students realized I returned to the auditorium after school and had been given access to a room that was locked earlier in the day. I explained that because I had more information, I included it in my map. I would then leave my map displayed so students could add the new information to their drawings.

Later in the day, I would display a map of North America from the mid-seventeenth century. Students gathered around to make observations and ask questions. Several students would quickly point out that areas of the map were missing. I would concur, and then let them know I had another map they could look at. It was John Speed’s map of the world from 1651. Students looked at both maps and asked about the island off the west coast of Mexico. After explaining to them that the island was California, I would display yet another map of North America. This one, from 1746, showed most of California, as we know it exists. However, the western coast of Canada and all of Alaska are blank areas on the map. Finally, I would display a map of North America from 1790, titled A General Map of North America from the Best Authorities. This map included the entire West Coast of the continent (from the best authorities, no less). As we discussed the similarities and differences between the maps, and made sure to understand how much time had passed between the creations of each one, you could almost see the light bulbs popping up over students’ heads. Occasionally there would be audible gasps as little hands began to shoot into the air. “It’s like the maps we made!” And just like that, the learning becomes meaningful. It becomes personal.

Here are some things to keep in mind when using primary sources in your classroom:

Join our free on-demand webinars and watch at your own pace! 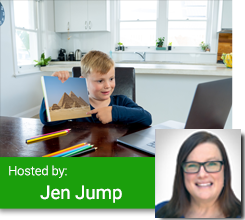 Bringing History to Life: Using Primary Sources in the Classroom

In this webinar, you will learn how to:

Watch the on-demand webinar at your own pace. 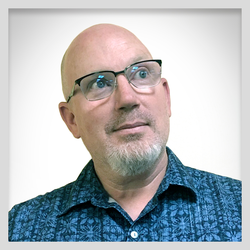 Analyzing and Writing with Primary Sources

Analyzing and Writing with Primary Sources

Winner of the 2017 Golden Lamp Award for Classroom Professional Resources, this practical, standards-based resource dives deeply into the use of primary sources to support the development of students' close reading and writing skills.