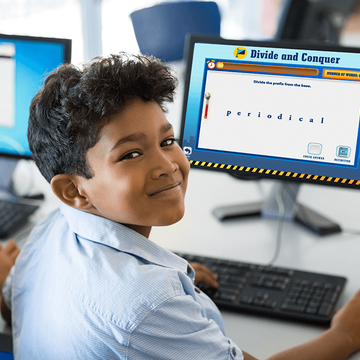 Why Word Roots Matter to a Fifth Grader!

I was in the fifth grade when I first met the word quadruped while reading a homework assignment about mammals (“live-bearing quadrupeds”). I had never heard or seen that word before. In fact, I first misread it as quadrupled, but that made no sense. Even after sounding the word out, I was still stumped. My parents were no help and we had no dictionary. First thing the next morning, I stood by my teacher’s desk as she was taking the “lunch count” and asked her what quadruped meant. 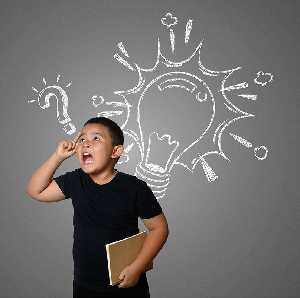 Miss Patterson got up from her desk, wrote the word quadruped on the blackboard and told the class “Rick has an interesting question.” First she drew a slash between the “u” and the “p.” Next she explained that in Latin the first part of the word means “four” and the second part means “foot.”  Then Miss Patterson asked me to see if I could figure out what a quadruped was. “Oh,” I responded with sudden understanding, “It must be an animal with ‘four feet,’ like a dog or horse! They are both mammals.”

“Very good!” she replied. “Let’s take a moment to talk about this root quadr(u) meaning ‘four.’” Miss Patterson proceeded to write the word quadrangle on the board and drew a triangle and square next to it. Turning to the class, she asked, “Which of these shapes is a quadrangle and how do you know?”

Suddenly, what had been confusing only yesterday became crystal clear. “A square is a quadrangle,” I blurted out, “because it has “four” sides!” “So,” she went on, “what do we call this other figure and why?” Everyone in the fifth grade knew what a triangle was: a “three” sided figure. Tri means “three.” But Miss Patterson did not stop with the numbers. She asked us to look at the rest of each word: angle. “Actually,” she explained, a quadrangle is a geometric shape with ‘four’ ‘angles,’ and a triangle is a shape with ‘three’ ‘angles.’ Let’s count them.” 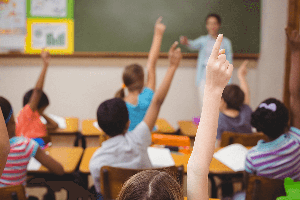 “Many of the new words we learn in school are long,” she continued, “but they are built from parts that have meaning. We call these parts roots. When we meet a new or long word we don’t know, we should try to find its roots. In Social Studies, you will learn that the President of the United States serves a quadrennial term. How many years is that?” The answer was obvious by now, and no further explanation was needed.

Then Miss Patterson returned to the word quadruped, this time drawing our attention to the root ped. “What do you call those things on your bicycle that you push with your ‘feet,’” she asked the entire class. “Those are pedals,” we all said in unison. “The root ped means “foot,” but the word pedals,” she went on, “is not hard. It’s not even a school word. It’s an everyday word that everyone knows.”

“So, it looks like roots are all around us. The more we can think about the roots in everyday words, the easier it gets to figure out school words. When you are in a car or on the sidewalk, for example. you will notice signs that say, “Yield to Pedestrians,” “Pedestrian Crossing” or the abbreviation “PED XING.” The word pedestrian is an everyday word, but its root “ped” shows up again and again in countless other words from school and everyday life.” She ended with a joke: “Acrobats might walk on their hands, but pedestrians walk on their feet!” 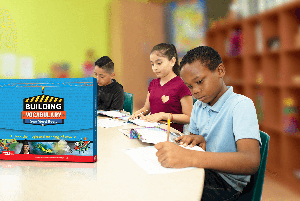 That day led me to a “root awakening” which has indelibly affected the way I approach words. It also instilled a curiosity about words which continues to this day. When I grew up, I even became a “philologist,” (someone who “loves” [phil(o)] “words” [logo]) and taught a “roots” course to Kent State University students for over three decades! Many years later, Tim Rasinski invited me to collaborate on a vocabulary project, Building Vocabulary from Word Roots , that would bring the study of roots to elementary and high school school students by teaching them how to “divide and conquer” a word by identifying its roots.

By using my initial question, “What does quadruped mean?”  as a springboard into “the roots approach to vocabulary,” Miss Patterson had given her students far more than the meaning of a single word root that day. She had shown us how to unlock the meaning of a long or difficult word - even if we had never heard the word before – by finding its roots. My big “aha moment” occurred in the fifth grade, but it can happen to any student at any age. It’s never too late to learn a few roots, and the sooner the better!

For more strategies and tips on building vocabulary, check out our other blog articles. 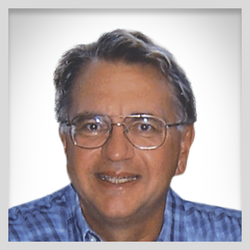 Rick M. Newton, Ph.D., is a Professor Emeritus of Greek and Latin. As the recipient of the Kent State College of Arts and Sciences Distinguished Teaching Award, he created and taught a popular and long-running course on English words from classical elements.

Building Vocabulary with Greek and Latin Roots: A Professional Guide to Word Knowledge and Vocabulary Development

Building Vocabulary with Greek and Latin Roots: A Professional Guide to Word Knowledge and Vocabulary Development

This teacher-friendly, 2nd edition resource provides the latest research on how to teach Greek and Latin roots. It includes strategies for improving comprehension, planning instructional routines, and building a word-rich learning environment.